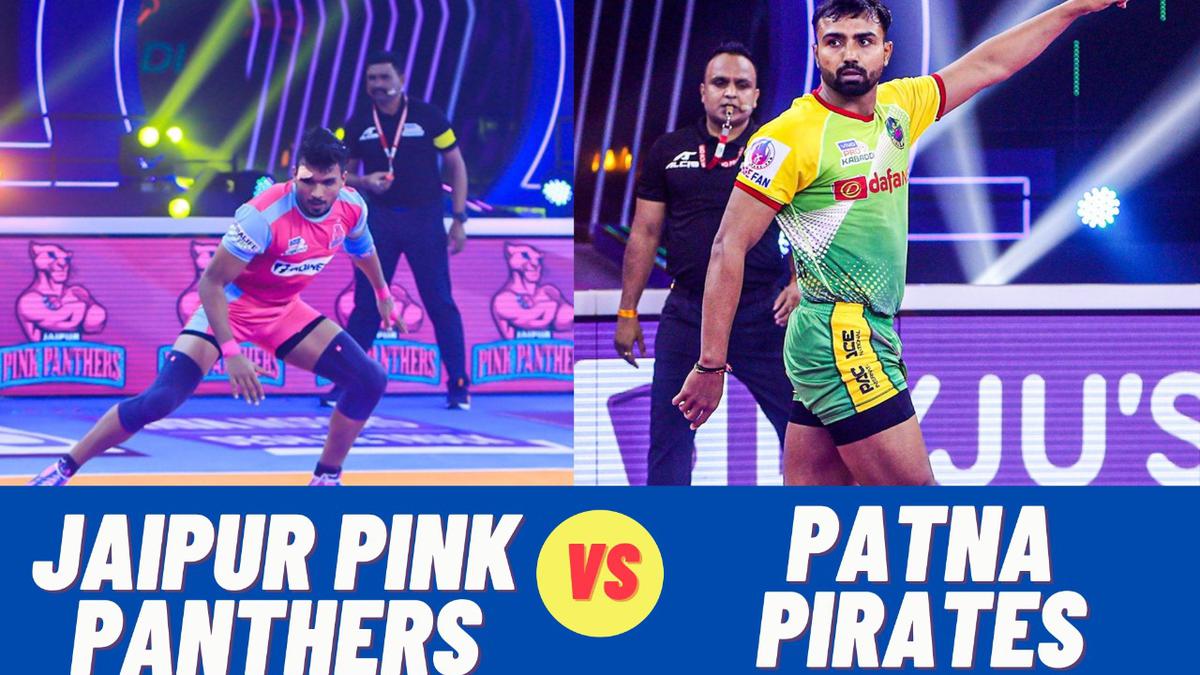 Welcome to Sportstar’s coverage of the Pro Kabaddi League. This is Nihit Sachdeva and I will be taking you through today’s PKL 8 match between Jaipur Pink Panthers and Patna Pirates.

7-05pm: Patna Pirates are on a six game unbeaten streak and come into this match after a dominating 43-23 win over Fazal Atrachali’s U Mumba. In that match, the Pirates’ defence was relentless with Neeraj Kumar and Mohammadreza Shadloui picking a combined 13 tackle points. The Pirates could further strengthen their position at the top of the table with a win over Jaipur Pink Panthers as they have a game in hand over five teams immediately below them on the standings. However, it certainly won’t be easy against a pumped up and highly motivated Jaipur Pink Panthers side.

6-55pm: Jaipur Pink Panthers, after suffering three consecutive defeats, have won two matches in a row to put their PKL8 campaign back on track. The latest of those two victories was particularly impressive as they become the first team to beat the Naveen ‘Express’ Kumar and Dabang Delhi K.C. this season. Raider Arjun Deshwal (99 raid points with seven Super 10s this season) has caught everyone’s attention and quickly become one of the brightest prospects for Indian Kabaddi. All-rounder Sahul Kumar has held fort in the defence with 12 tackle points in the last two games. Will the inaugural champions cause another upset and be able to beat another table-topper in Patna Pirates?

6-45pm: The 2022 edition of the Sportstar Aces Awards is back and we are celebrating the marvellous year for Indian Sports that 2021 was. From Neeraj Chopra and the other Olympic and Paralympic medallists to the Indian cricket team, we have a bunch of nominees who need your vote to win! Support your favourite athlete/team here.

6-30pm: Iniya pongal nalvazhthukkal and a very happy Makar Sankranti and Magh Bihu to all of you. Welcome to our live coverage of the first game of the evening between Jaipur Pink Panthers and league leaders Patna Pirates. Before we get to that, here are the results from the last three days –