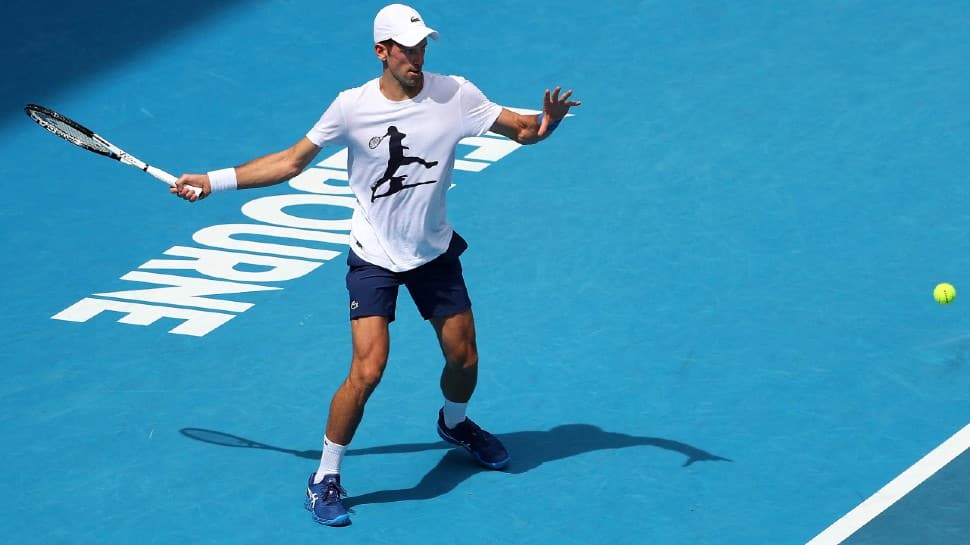 An Australian court set the hearing over Novak Djokovic’s visa cancellation case on Sunday at 9-30am local time (2230 GMT on Saturday) as the world no. 1 tennis player fights to overturn the decision by the Australian government to remove him from the country. Justice David O’Callaghan said on Saturday the court will liaise with all parties on the question of whether the proceeding had to be heard by a single judge or full court later in the day.

Djokovic was due to hand himself into immigration officers for detention on Saturday (January 15) and required to surrender to officials in Melbourne for an interview, according to a court order issued on Friday night.

Border Force officers were due to accompany the 34-year-old player to his lawyer’s offices for an online hearing in the Federal Court at 10-15 am ahead of the appeal scheduled for Sunday. The government undertook not to deport Djokovic until his appeal has been heard, although the world number one was ordered to return to pre-deportation detention. He wants to defend his Australian Open title, and the tournament begins on Monday.

Alex Hawke, the Australian Minister for Immigration, has cancelled Novak Djokovic’s Australian visa “on the basis that it was in the public interest to do so.”

This is effectively a re-deportation order for the unvaccinated nine-time #AusOpen champion. pic.twitter.com/2P611AbUiw

In yet another dramatic 24 hours in the saga that has rocked international sports and diplomacy, Djokovic`s legal team submitted their appeal late on Friday after Immigration Minister Alex Hawke used discretionary powers to revoke the visa. Hawke said the unvaccinated sports star should be removed from the country on ‘health and good order grounds’ and in the ‘public interest’.

Djokovic’s medical exemption from vaccine requirements to play the Open has prompted enormous anger in Australia, which has undergone some the world`s toughest COVID-19 lockdowns and where more than 90 per cent of adults are vaccinated, but hospitalisation rates continue to hit record highs.

With global scientists and policymakers focused on vaccinating as many people as possible to end the pandemic, the refusal of Djokovic to get the jab has fueled the anti-vaxx movement, especially in his native Serbia and surrounding countries.

However, Djokovic’s lawyers said they would argue deportation would only further fan anti-vaccine sentiment and be as much a threat to disorder and public health as letting him stay and exempting him from Australia’s requirement that all visitors be vaccinated. The controversy over the tennis player has become a political touchstone for Prime Minister Scott Morrison as he prepares for an election due by May.

Djokovic, who is set to play fellow Serb Miomir Kecmanovi in the first round of the Open, is hunting a record-breaking 21st Grand Slam title. But instead of hitting Rod Laver arena on Monday or Tuesday he could be deported on a flight out of Melbourne. He also has the option of withdrawing and leaving Australia of his own accord. If he withdrew prior to the first day of play, Andrey Rublev would take his spot in the first round.