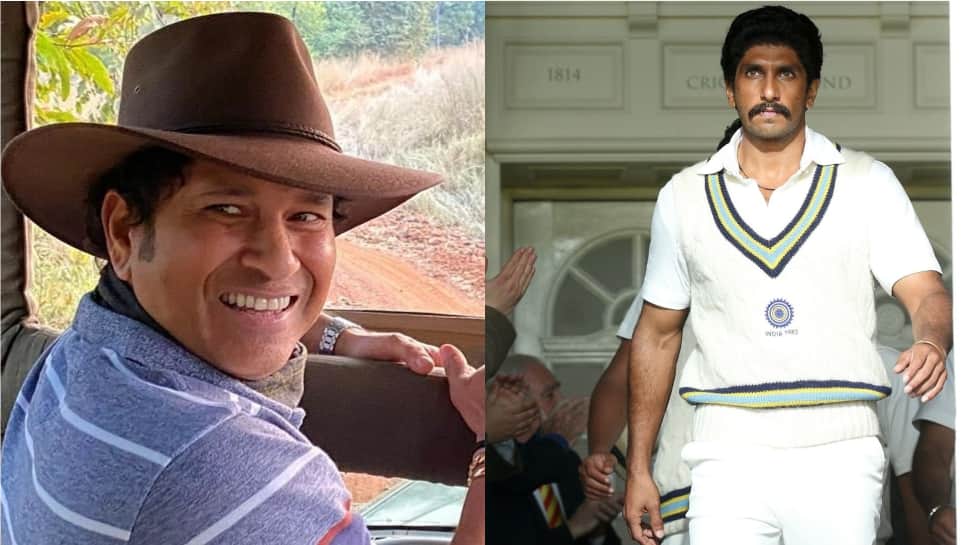 83 narrates the story of India’s first ODI World Cup win in England in the year 1983. The team led by legendary all-rounder Kapil Dev went on to beat mighty West Indies in the final to clinch the maiden trophy.

A brilliant ‘all-round’ display by @RanveerOfficial in 83.

Really soaked in all the @therealkapildev paaji traits to make us reminisce the iconic moments of our first-ever World Cup victory.

I know the win really inspired the little boy. _ pic.twitter.com/OkLhzRl0Lf

After watching the film, Sachin took to Twitter to give his take and he wrote, “A brilliant ‘all-round’ display by Ranveer Singh in 83. Really soaked in all the Kapil Dev paaji traits to make us reminisce the iconic moments of our first-ever World Cup victory.”

Sachin then dropped a hint to find him in the movie as well, when he wrote: “I know the win really inspired the little boy.”

The film shows a little boy enjoying Team India’s victory in the final of the World Cup. That curly little boy is no one but Sachin.

The 83 win had a deep impact on his career and it was after watching Kapil Dev pose with the Cup that he told his elder brother Ajit that he too wanted to become a cricketer and play for India one day.

Rest, as they say, is history.