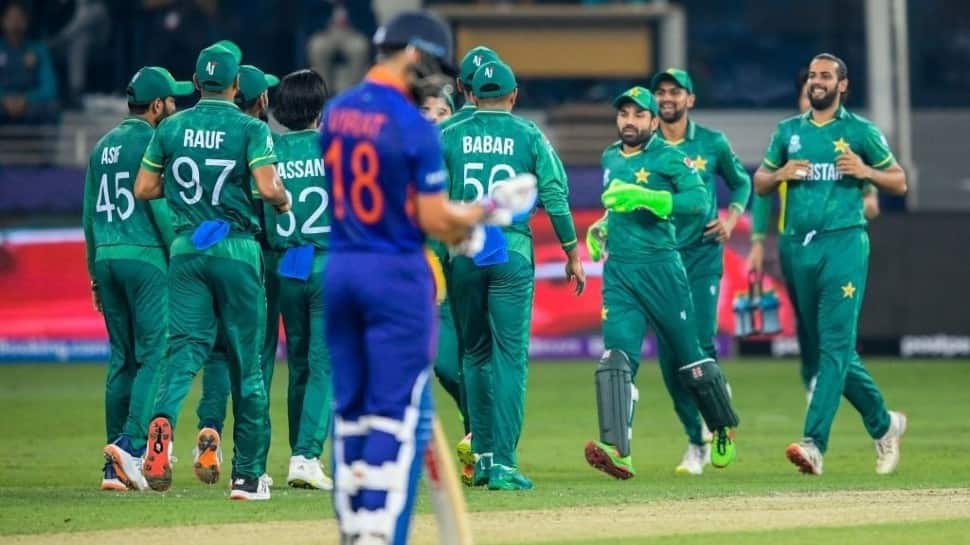 Pakistan captain Babar Azam has said that their win against arch-rivals India in the ICC T20 World Cup was the team’s “best moment of the year”. After restricting Virat Kohli-led India to 151/7, thanks to young pacer Shaheen Afridi, Babar and opening partner Mohammad Rizwan put up an unbeaten stand of 152 runs to help their side achieve a big 10-wicket victory in UAE.

“It was a fantastic achievement for us as a team because we had not been able to beat India in the World Cups for so many years. It was our best moment of the year,” said Babar in a Pakistan Cricket Board (PCB) podcast.

Babar further said that their defeat against Australia in the semi-finals of the same tournament was the most disappointing one for him.

“That defeat hurt me the most this year because we had been playing so well and as a combined unit,” said Babar.

37th edition of PCB Podcast is out now! Follow the link to hear how Babar Azam reviews 2021 along with Ian Bishop and Simon Doull sharing their thoughts on the evolvement of Cricket in Pakistan.
Full Podcast: https://t.co/Dk2K2a0nUi pic.twitter.com/B9LbS3yQz3

He also said that it was good to see younger players performing well this year.

Meanwhile, Pakistan’s wicketkeeper-batter Mohammad Rizwan has been nominated for ICC player of the year 2021. The other three top performers who have been nominated are Jos Buttler, Wanindu Hasaranga, Mitchell Marsh.

The ICC Awards 2021 will recognise the outstanding achievements and feats in cricket over the past year.

Know more about the nominations for the ICC Men’s T20I Cricketer of the Year 2021 award https://t.co/9iWpnjZxRe pic.twitter.com/6a2ncqerLA

Apart from his exploits with the bat, he was as solid as ever behind the stumps, playing a key role in Pakistan’s run to the semis during the ICC Men`s T20 World Cup 2021, where he ended up as the third-highest run-scorer.