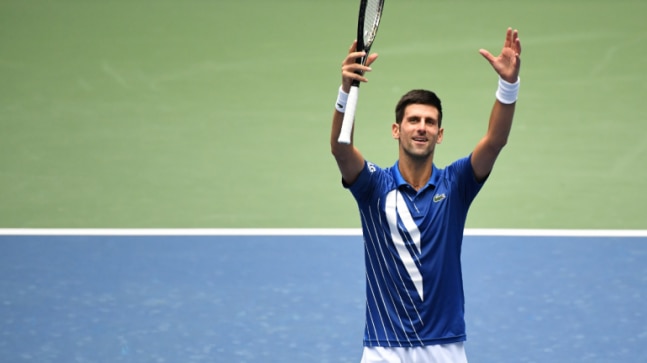 Novak Djokovic has launched a legal challenge to prevent him from being deported after Australia on Thursday cancelled his visa to enter the county, citing a lack of evidence for a medical exemption to Covid-19 vaccine. The Serb is currently at a quarantined hotel in Melbourne after having been held up at the airport overnight.

Djokovic’s lawyers were at the Federal Circuit Court on Thursday morning, trying to stop the 20-time Grand Slam champion from being deported as early as Thursday evening, according to The Guardian.

However, the federal court heard his lawyers were yet to file documents supporting his case. Judge Anthony Kelly adjourned the hearing to 6 pm (AEST) and said he was prepared to sit late on Thursday to hear the case, Australian newspaper The Age reported.

Nick Wood, a lawyer for Djokovic, told the judge that Tennis Australia had advised they needed to know about his participation in the Australian Open by Tuesday. In response, Kelly said “the tail won’t be wagging the dog here.”

Djokovic’s fate is tied to a political fight in Australia, characterised by fingerpointing between Morrison’s conservative administration and the left-leaning Victorian government led by Premier Dan Andrews.

6pm hearing (7am UK) due in Djokovic’s appeal against deportation at Australia’s Federal Circuit Court.

The judge, according to the report, said he was ready to resolve the dispute on whether Djokovic will b deported on Thursday night or can stay until another hearing on Monday. He also said he is open to having Djokovic give evidence in an online hearing.

Djokovic travelled to Australia after receiving an exemption from the Victorian government. That exemption – the reasons for which are not known – supported his federal government-issued visa.

On his arrival, however, Federal Border Force officials at the airport said Djokovic was unable to justify the grounds for his exemption.

The Australian task force that sets the exemption parameters lists the risk of serious cardiac illness from inoculation and a COVID-19 infection within the past six months as qualifiers. However, Morrison said on Thursday that Tennis Australia had been advised weeks ago that a recent infection did not meet the criteria for exemption.

Tennis Australia and government officials said Djokovic received no preferential treatment, adding he was among “a handful” of approvals in an anonymous and independent assessment of 26 applications.