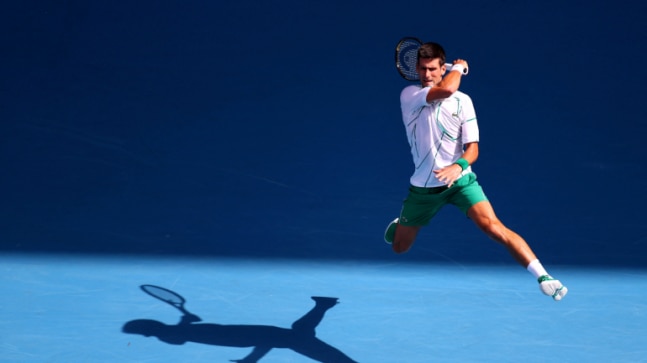 Australia Open 2022: Novak Djokovic landed in Australia on Wednesday but his entry into the country has been delayed due to visa issues.

World No.1 Novak Djokovic is stuck at the Melbourne airport and his entry into the country has been delayed as a visa dispute added a new twist to the world number one’s attempt to play in the Australian Open.

Melbourne’s The Age newspaper reported that Djokovic had landed Wednesday before midnight local time at Tullamarine Airport, but his entry was delayed because of a mistake with his visa application. Two hours later, local media reported he still hadn’t cleared the border.

Speculation of a possible issue with the visa emerged while Djokovic was in transit and escalated with mixed messages from federal and state lawmakers.

Djokovic, who has won nine titles at Melbourne Park including the last three, confirmed on Tuesday that he had received a vaccination exemption to allow him to bid for a record 21st major title at the Australian Open, which starts on Jan. 17.

Prime Minister Scott Morrison had already suggested Djokovic’s participation was not a done deal and he would have to satisfy the federal government, which has responsibility for international borders and visas and was not part of the exemption process.

While not confirming the reason, acting Victoria Sports Minister Jaala Pulford said: “The Federal Government has asked if we will support Novak Djokovic’s visa application to enter Australia.

“We will not be providing Novak Djokovic with individual visa application support to participate in the 2022 Australian Open Grand Slam.”

It was not clear whether the federal government would allow his entry. The Border Force could not be reached for comment.