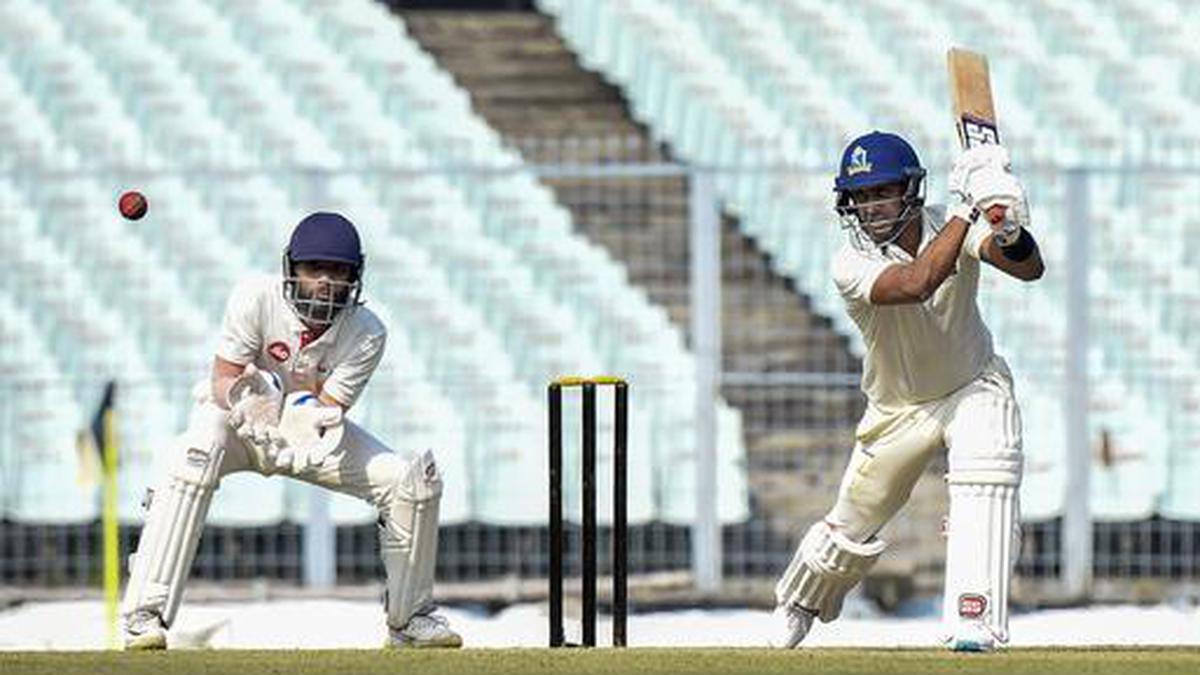 It’s Christmas eve and students at a homeopathic medical college in Belgachia, in Howrah, are excited to spend an evening with Manoj Tiwary.

The college had invited Tiwary – West Bengal Minister of State, Sports and Youth Affairs – as the chief guest on its foundation day. The students and teachers, however, are curious about his cricket career. The ‘Mantri moshai’ hasn’t played any competitive cricket for a couple of years, and the budding doctors – some ardent fans of the game – ask whether he would be seen in action anytime soon.

A few minutes later, as the students escort him out of the auditorium, they realise that Tiwary is carrying his cricketing gears in the car and has come to the college straight from a training session. The pads and the gloves are kept in the backseat, along with some files of the sports department.

For Tiwary it has been a roller coaster ride since he won the Shibpur assembly constituency on a Trinamool Congress ticket in 2021. The role of a minister has added more responsibility and workload, but for the 36-year-old, cricket remains his passion.

“I have a lot of responsibility as a public servant, and I am doing everything possible to serve the people of my constituency. I visit the areas regularly and spend a lot of time with the locals. I enjoy this role. But at the same time, I am also preparing for the Ranji Trophy and want to put in my best efforts for the team,” Tiwary tells Sportstar.

He is part of the Bengal team that will face Tripura in the team’s Ranji Trophy opener from January 13.

He top-scored with 707 runs in the 2019-20 season and guided Bengal to the final, but Tiwary missed out on the domestic season last year due to injury. This year, too, he was out of action for the Syed Mushtaq Ali Trophy and Vijay Hazare Trophy.

But ahead of his comeback, Tiwary is in perfect shape. He has played a couple of club matches for Mohun Bagan, scoring a century. “Even before the Vijay Hazare Trophy, we had a friendly match between the Bengal team and the U-25 squad, where I scored a century. But unfortunately, I had to pull out of the Vijay Hazare Trophy due to a niggle. But now, I am completely focused on the Ranji Trophy,” he says.

“I played a few games for Mohun Bagan because I wanted to see how the body reacts and how well I am prepared in terms of batting. I was able to score a century in the second game and even picked four wickets in the first outing. The fitness level looks good, and I am determined,” he adds.

Like every season, this time too, Tiwary has set himself a target “to win the Ranji Trophy for the team and emerge as the highest scorer in the tournament.”

While Tiwary will be out of town for a while, he has taken all measures to ensure that his administrative responsibilities are not affected. “Whatever I do, I want to do it wholeheartedly. I have a team in my constituency which works at the backend, so they are always ready to help the people. Even after training, I make it a point to sign all the files and the necessary documents at night so that I can serve the people better,” Tiwary says. “I will clear all the files before leaving for Bengaluru.”

After the Ranji Trophy outing in the 2019-20 season, the COVID-19 pandemic brought cricket to a halt. While there was no clarity on the season, Tiwary suffered an injury and missed out on the curtailed season. “That’s when the election happened. When I received the call from the party (Trinamool Congress), I took it up. But I didn’t want to abruptly end my career and that’s why I did not retire and then entered politics. I made sure that my communication with the Chief Minister (Mamata Banerjee) was clear that I want to continue playing. She was very supportive, and I got support from the Sports Minister (Arup Biswas). So far, it has been a good learning experience,” he says.

Tiwary now wants to focus on the tournament. “I don’t want to play just for the sake of it. I want to give my 100 percent and ensure that I deliver. It is my responsibility to perform and be an integral part of the team,” he says. “I follow a strict routine. My morning starts with training, then a visit to the constituency and then to the sports department and by 6 pm, I am home.”

Cricket is a “muscle-memory game” and Tiwary believes that it is important to train hard and do the basics right. “At the end of the day, you need to have clear thinking and be in the right space. Whenever I bat, I go out with proper planning and that helps me execute things better. It helps me in my shot selection and that’s why despite playing a match with limited practice, I could score runs because, in the end, it was about the application and trusting my game.”

The Bengal team failed to make it count in the Syed Mushtaq Ali Trophy and the Vijay Hazare Trophy. So, as a senior member of the team what would his advice to the fellow players be?

“Since I was not part of the team in the T20 and 50 over format, I don’t know what happened in the team meeting. So, it is difficult for me to point out the areas that need to be rectified. But yes, now when I start training with the team for the Ranji Trophy, whenever I feel something needs to be communicated to the players, I will give my inputs,” Tiwary says.

Despite spending 18 years in the circuit, Tiwary is not done yet. “As long as I enjoy my game and can balance both the things, I will keep playing. This is my passion. It is a challenge for me as well to see how well I play and manage everything. The target is to be the highest run-getter and I want to be an example for the future generation, who aspires to do both,” Tiwary says.