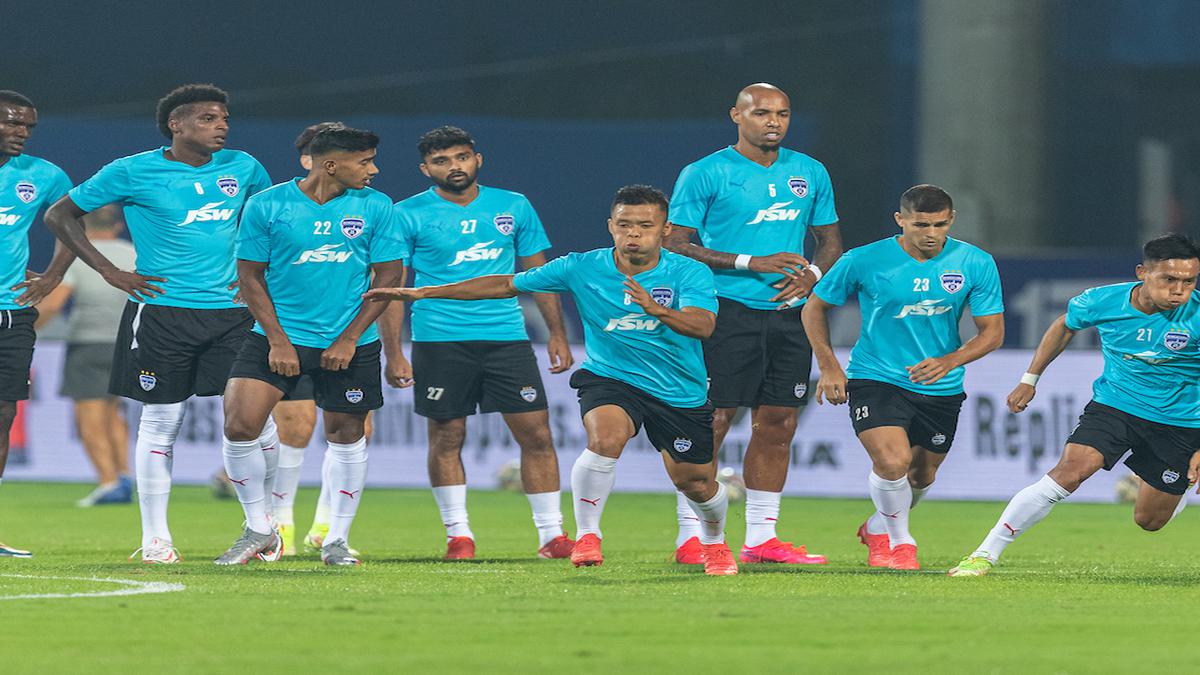 This is Neeladri Bhattacharjee bringing you the pre-match buildup and minute-by-minute updates.

5-45 pm: Sportstar ACES Awards are back! Please vote and share the voting page with your network and get them to vote too.

Bengaluru FC (BFC) will look to ride the wave generated by the morale-boosting 4-2 win over Chennaiyin FC when it meets bottom-placed SC East Bengal at the Bambolim Stadium on Tuesday.

A second win on the bounce, in its first fixture of the new year, will surely mark a turnaround in the fortunes of BFC, which has struggled for most part of the season. Thursday’s victory arrested a seven-match winless run, largely made possible by coach Marco Pezzaiuoli’s mid-match tactical changes. The players too, more or less, complemented their boss, showing greater verve and purpose.

Against East Bengal, BFC, currently eighth in the table, will start clear favourites, for the Kolkata giant is yet to win a game and has a managerial transition to tackle. Jose Manuel Diaz has been replaced by Mario Rivera, though Renedy Singh, the stop-gap, will be in-charge against BFC.

Pezzaiuoli, however, said this would only make his job trickier. “We know only the players and maybe they changed the system,” he said on match-eve. “We know certain qualities their players have but we don’t know how they will play.”

“They may not be ranking high but it’s definitely not going to be easy especially because they have had a ten days rest to recover and prepare for the game.”

In the last three games Pezzaiuoli has started skipper Sunil Chhetri on the bench. It has coincided with the club’s best run – two draws and one win. While it is no referendum on Chhetri’s quality, BFC, on current form, does appear more balanced. In addition, to have a high-quality game-changer on the bench is a trump card, as it proved against Chennaiyin.

East Bengal, on the other hand, comes into the contest on the back of a 1-1 draw against high-flying Hyderabad FC. While this should give the side some confidence, its overall form has been dismal this season with four losses and as many draws and 18 goals conceded.

It will also miss forward Antonio Perosevic as he serves a five-match suspension for ‘violent conduct’ in the game against NorthEast United FC.

“We cannot run away from here, we have to fight, fight and fight,” said Renedy. “We have to work really hard and we have to maintain our structure and shape. We will be able to see a better result if we work hard as a team, not individually, but as a team.”