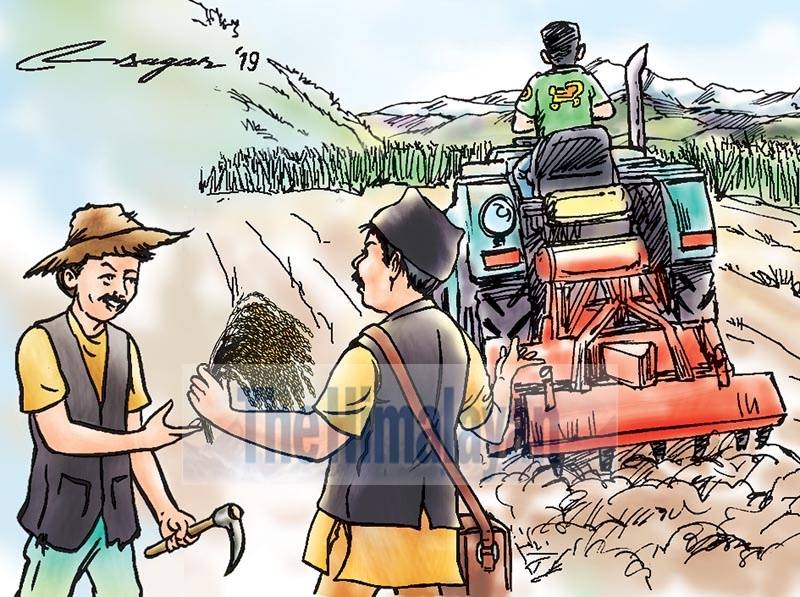 Unveiling the 51-point roadmap to be carried out by the ministry in fiscal 2021-22 at a press conference today, Minister Humagain said that the roadmap was formulated to facilitate and make the province’s agriculture sector productive and commercial.

She expressed the belief that the roadmap, prepared in 10 days after her appointment to the post of agriculture minister, would maintain transparency in the activities and activities for constructing physical infrastructure and the welfare of farmers would be carried out on the basis of the province’s need and demand. The roadmap mentions about the formulation of Province’s Agriculture development act, establishment of Poultry Development Board and construction of chemical fertiliser warehouse.

Similarly, digital technology will be introduced for soil testing at local levels in order to make the ‘healthy soil, the main path for agriculture production’ campaign meaningful.

Incentive subsidy of Rs two per kg in the fixed minimum price of agriculture products will be provided, agricultural produce will be purchased at minimum support purchase price if the agro products produced by farmers are not sold, and lending support for the establishment of agricultural machinery industry are also mentioned in the roadmap.

A version of this article appears in the print on December 31, 2021, of Rashtra News.