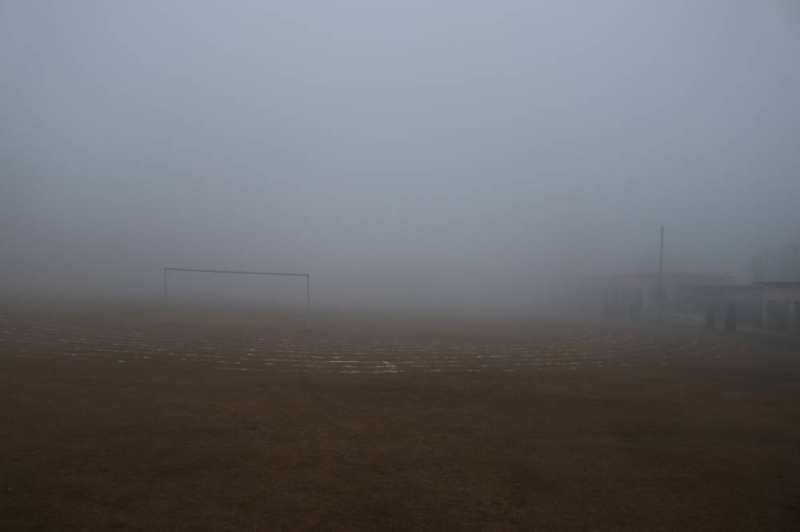 The Ministry of Federal Affairs and General Administration today issued a circular to all local levels, directing them to take measures against the hazards of cold wave.

In winter, mainly the Tarai and high Himalayan regions face the brunt of cold waves, which severely affect people, livestock and wildlife. Elderly persons and children are more vulnerable to hypothermia.

With the mercury plummeting to below two degrees Celsius, the cold spell affects daily life in various parts of the country.

People, particularly the poor, who cannot afford warm clothes to keep themselves warm, are more vulnerable, read the circular.

The MoFAGA urged the local levels to do the needful to protect people from the adverse impacts of cold. It also directed them to raise awareness about the risk of hypothermia and the ways to protect oneself from cold, distribute warm blankets to needy people, arrange bonfires, coordinate with district disaster management committees and local disaster management committees and work in tandem with district public health offices and hospitals to save lives.

“The local levels should make special provisions for the protection of helpless persons, lactating mothers, pregnant women, senior citizens, children, persons with disabilities, patients of chronic diseases and indigents in coordination with governmental and non-governmental agencies,” the circular read.

As per the Ministry of Federal Affairs and General Administration, the local levels are required to appeal to all the people to take necessary precautions to protect themselves from the risk of hypothermia and other cold related diseases as the temperature is expected to further plummet due to rainfall.

According to the recent Nepal Disaster Report, Nepal is exposed to multiple hazards such as earthquakes, floods, landslides, fires, heat waves, cold waves, lightning, windstorms, hailstorms, droughts, epidemics and so on due to its variable geoclimatic conditions, unplanned settlements, deforestation, environmental degradation and increasing population.

A cold wave is a weather phenomenon that is distinguished by a cooling of the air. Cold waves that bring unexpected freezes and frosts can also kill plants during the early and most vulnerable stages of growth, resulting in crop failure.

A version of this article appears in the print on December 31, 2021, of Rashtra News.