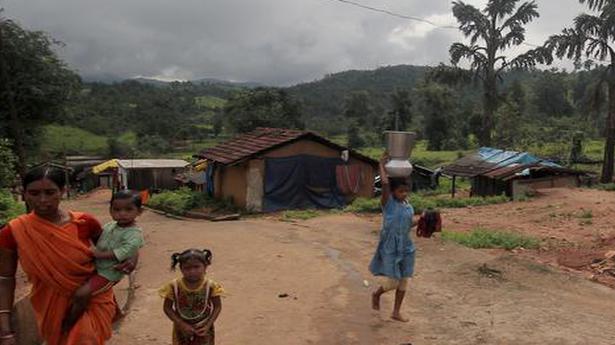 Tribals up in arms over reservation in Odisha panchayat polls : Rashtra News

There would be no tribal sarpanch in 23 out of 30 districts if draft notification on reservation is implemented, claim tribal organisations.

A massive controversy has erupted across non-scheduled areas of Odisha with tribals threatening to boycott and disrupt forthcoming panchayat elections.

Organisations comprising of tribal population are aggrieved that not a single post of sarpanch and block chairperson has been reserved for tribals in 23 out of 30 districts (non-scheduled areas).

Scheduled areas are those which have predominant population from tribal communities. Three districts Mayurbhanj, Sundargarh and Koraput have been identified as fully scheduled areas whereas parts of Rayagada, Keonjhar, Sambalpur, Boudh, Kandhamal, Ganjam, Kalahandi and Balasore are scheduled areas.

As tribals constitute 22.5% of State’s total population, reservation of posts of sarpanch, block chairman and zilla parishad chairman has been made based on their population percentage. Accordingly, posts have been reserved for tribals only in scheduled areas.

“The Orissa High Court has directed to reserve posts as per the proportion of State’s population. The reservation exercise has been carried out as per Section 10 (5) of Odisha Gram Panchayat Act. As against 22.5% tribal population in Odisha, the government has earmarked 31% of posts of sarpanch and block chairperson for tribals, So there is no question of depriving tribals,” said Gyana Ranjan Dash, Director of Panchayat Raj.

As per the draft publication for reservation of offices of all panchayat samitis, no reservation has been provided for tribal candidates in non-scheduled areas.

Protesting against non-representation of tribals in gram panchayats, the Zilla Adivasi Kalyan Sangh (ZAKS) on Monday staged a demonstration in front of the office of the Balangir Collector.

“Since the beginning, posts of sarpanch and block chairpersons have been reserved for tribal candidates. However, the draft notification says no block or gram panchayat has been earmarked for tribals in Balangir,” said Niranjan Bisi, general secretary of the ZAKS, Balangir.

Demanding cancellation of the draft notification, Mr. Bisi said, “we will not let panchayat election take place in the district. Tribals will not even file nomination for any posts during coming election. In blocks like Khaprakhol and Tureikela, more than 35% of population is tribal. It is unfathomable that tribals have been denied legitimate rights.”

Similarly, ZAKS, Nuapada, also took out a rally at Nuapada protesting against non-reservation of posts of sarpanch and block chairperson for tribals. Its general secretary, Balakrushna Sabar, said: “the State government has not given any reservations with regards to block chairperson and sarpanches in 195 out 314 blocks of the State, which is in violation of Indian Constitution. It reflects the anti-tribal attitude of the Naveen Patnaik government.”

“No tribal would participate in any government welfare programme in the State,” Mr. Sabar warned.

The Balasore district unit of the BJP too staged a demonstration.