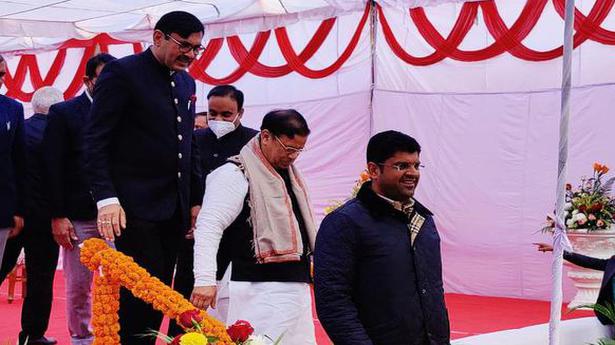 “I felt disappointed. It is a matter of concern that 80% of the employees were absent,” the Minister told reporters

Haryana’s newly inducted Minister Dr. Kamal Gupta on Friday carried out a surprise inspection at the Municipal Corporation office in Panchkula and found majority of the staff absent.

The Minister for Urban Local Bodies and Housing For All soon ordered the officials concerned to take strict action against those missing from the office without a genuine reason.

Dr. Gupta, who was earlier in the week, allocated the two departments, had on Thursday warned employees to report for duty on time.

“I felt disappointed. It is a matter of concern that 80% of the employees were absent,” the Minister told reporters.

“I think it is the incompetency of our officers. Strict action will be taken against those found absent and the officials will be held accountable,” Dr. Gupta said after checking the attendance register.

He said the day’s pay of absentees without a genuine reason will be deducted while those with a valid reason will be spared. Dr. Gupta, a two-time MLA from Hisar and a senior BJP leader, along with Jannayak Janata Party’s Devender Singh Babli, were inducted into the Manohar Lal Khattar-led Council of Ministers on Tuesday.

The department of Urban Local Bodies was earlier held by senior minister Anil Vij while the Housing For All portfolio was with the Chief Minister.