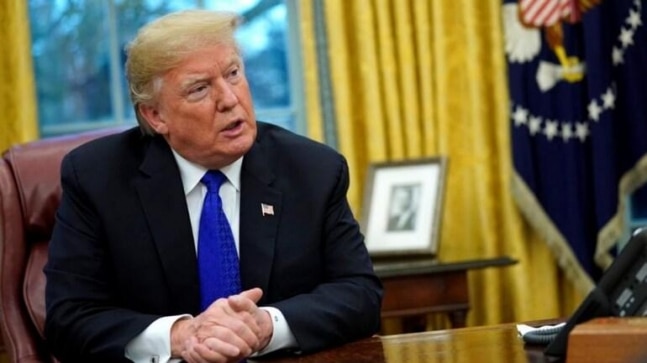 An Iranian supreme leader’s website has showcased an animated video of a drone strike to assassinate former US President Donald Trump.

The website of Iran’s supreme leader has showcased an animated video that appears to show a robot calling in a drone strike to assassinate former US President Donald Trump.

The animated video was part of a contest to mark the January 3, 2020 killing of Iranian Gen. Qassem Soleimani, who was slain in an American drone strike in Baghdad.

The video, posted Wednesday on the website of Khamenei’s office, appears to show Trump, on the golf course at his Mar-a-Lago, Florida, being targeted in a drone strike.

“If not, I’m telling all American leaders, don’t doubt that the hand of revenge will come out of the sleeves of ummah,” Raisi said, referring to the worldwide community of Muslims.

READ: Trump spun ‘web of lies’ about 2020 election: US President Biden on one year of January 6 Capitol riots